Yeong Yang‘s unique iPC and server chassis provide the most compact size but remain flexible for various IOT application utilization from back-end to front-end. Our abundant resource ensure the dream of IOT world.

IOT, or internet of things, means the network constructed by devices with connectivity. The devices can include mobile phones, and the smart TVs, computers, even the refrigerators, the lights and the cars. Under this concept, the devices can accept, share the information to other devices and allow to be control remotely or behave based on the predefined scripts. Series movements having to be executed manually in the past can now be finished automatically and remotely. 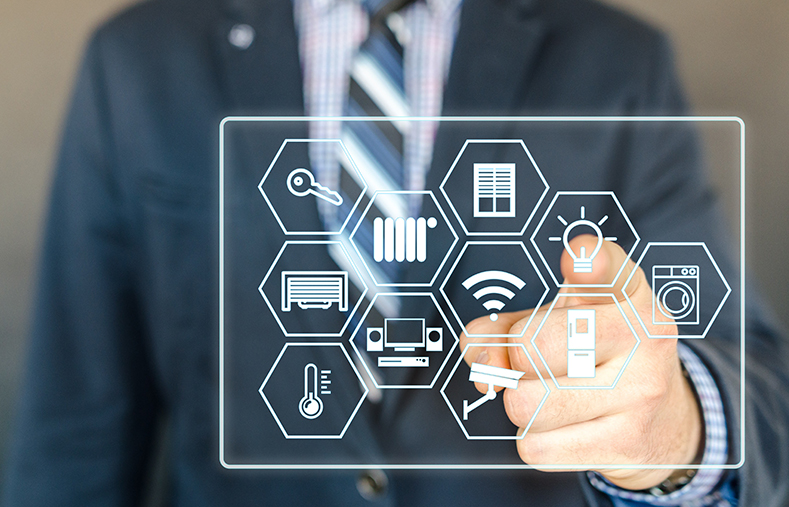 For example, you can monitor your house by wireless CCD camera, or turn on the heater in your living room before entering your house through mobile phone by connecting them to the internet and set up the access address for them. In the more advanced application, you can install a programable CCD camera in your living room and set it alarm you if the window is opened by someone who is not in your family; or set the heater to be initiated when the CCD camera at your door see your face.

When you expand the scenario to your other devices and link them together, a small network of devices is formed in your home. That is exactly the prototype of IOT.

From the above example, we can further dissemble the IOT into four layers, according to the definition on Techbeacon(https://techbeacon.com/4-stages-iot-architecture):

The first layer is the sensors or actuator, the devices help gather the information from the environment. The CCD, from the case above, is the sensor of the IOT system. It collects the image in your room, helping check if the person in the image match your face features in your family and send the alarm to you. In some cases, when the sensor or the actuator device is not powerful enough, they can only collect the images but cannot analyze them. The images will need to be sent to an additional computer for analyzing and performing the later moves. The result may be more accurate and the mistakes may also be reduced , but in this way, the latency and response time has to be considered.

When you connect only one camera to your analyzing computer, it may be fine for the computer to process the data. But in the bigger scale of the IOT network, there may be hundreds to thousands cameras and numerous computers. How to ensure the data to be sent to different computers securely without loss becomes a important issue. The gateway devices play an important role when facing this situation. They help gather the data from the sensors/actuators and encode the to suitable form to transmit and dispatch them into different route. Sometimes, they help preprocess the data into clear one or digitized one and divide into several packages to reduce the time when transmitting. They may also help buffer the data when the analyzing speed is slow. they ensure the transmit quality and help control the data flow.

Edge IT is the surrounding devices between the data center and the gateway. It receives the data transmit from the gateway devices and help decode and processing the data preliminarily. when the data is not complex and can be calculated first, the edge IT is less important. Sometimes, it can be integrated in to the data center. However, when the data becomes complex and need a lot of effort to calculate, the edge IT become necessary facility. It not only decode and preprocess the data, but also share the load of the computing center by analyzing the data first and simplifying it. It also serve as a reservoir to help store the data temporally and control the data flow, similar to the gateway devices.

Layer 4: The data center and cloud

After a long wait, the pre-processed or un-processed data flows into the layer4, the data center and cloud area. The layer 4 is the core of the entire IOT system. it connects closely to the computing center, helping store hot data and cold data. This is also the destination for final processing. Data is calculated and classified, assigned to different cluster for directly access.

Our role in IOT

As a professional chassis manufacturer, we produce several server products from primary to advanced, from application to storage. Our well air flow arrangement and strong structure provide the most robust and trustable quality for enterprises to establish long life time infrastructures.